In my last post I looked at the modern Shotover Bridge that’s used by traffic travelling between Central Otago and Queenstown, and has been since 1975. Then I walked upstream to find the old Shotover Bridge which has been restored and is now used by pedestrians and cyclists. I was looking forward to seeing it again!

The old Shotover Bridge was opened on 30 April 1915 and closed in April 1975. The restored bridge was re-opened on 03 June 2005, enabled through the fund-raising efforts of the Rotary Club of Queenstown.

I approached the bridge from a path down below; here’s my first good view. A water pipe is carried by the bridge – part of the Arrow Irrigation scheme pipeline (1930). 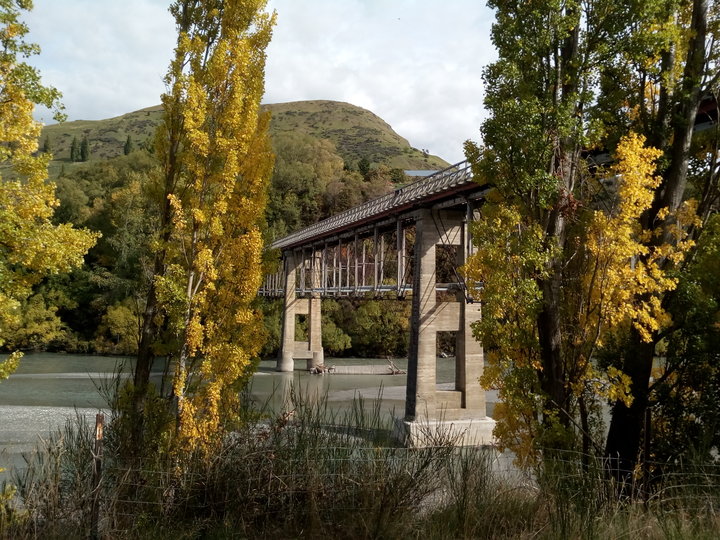 Under the bridge a water pipe connection was leaking 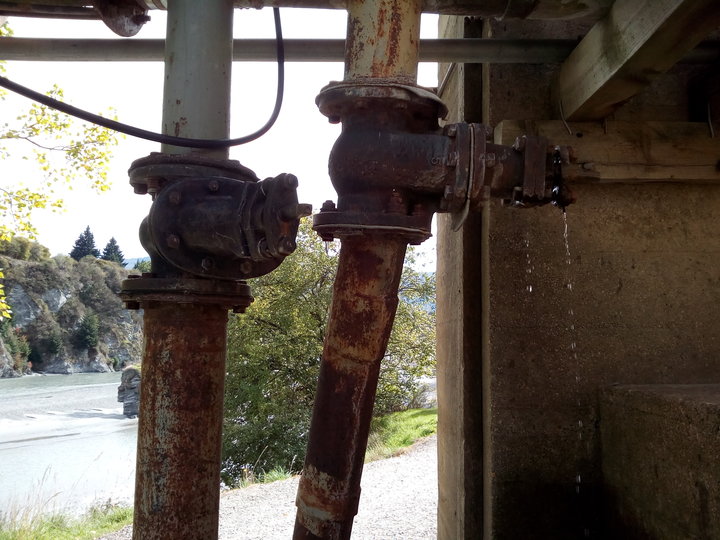 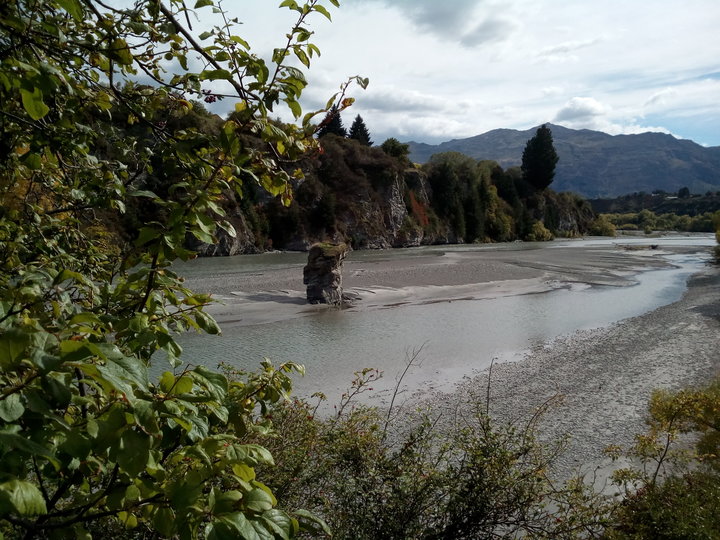 Then turned to take another photo of the bridge 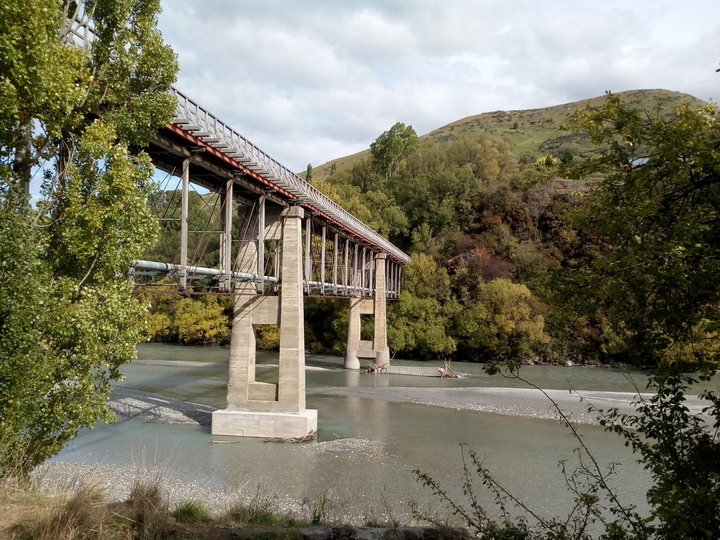 Here is part of a simple map to add some context. The red label shows where this older bridge spans the river. Below it the modern bridge is shown. And then the Shotover River flows through its delta to join with the Kawerau River. The original bridge was built in 1871, somewhere near where the modern bridge is. 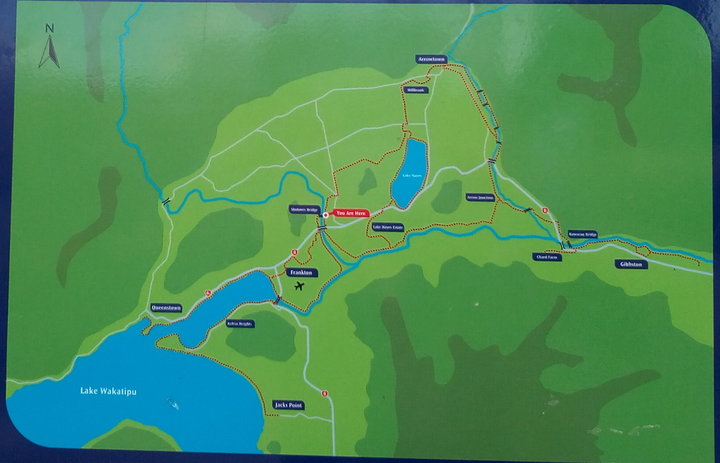 The original bridge only crossed the main channel of the river so travellers would still have to cross any other channels and would often have to get out of their coach so that the horses could haul it up the steep road on the other side. 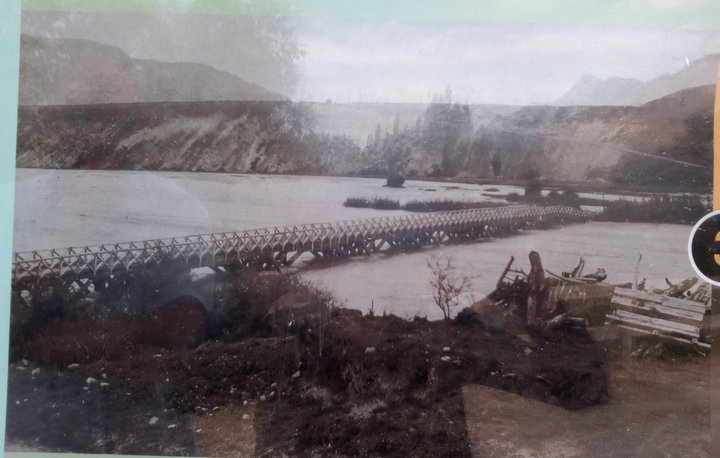 The Ferry Hotel was located close to the bridge. There was also a blacksmith’s, a school and a school house. The Ferryman, Frederick Foster built a hotel in 1863. In 1872 the hotel was burned down but was rebuilt that same year. When the 1915 bridge was opened further upstream, the Ferry Hotel was cut in half and moved by traction engine to its current position near the “Old” Shotover Bridge (you’ll see the hotel in my next post). It continued to operate as a hotel until 1971. Since 1994 its been operating as a B&B and the website is here:  The Old Ferry Hotel 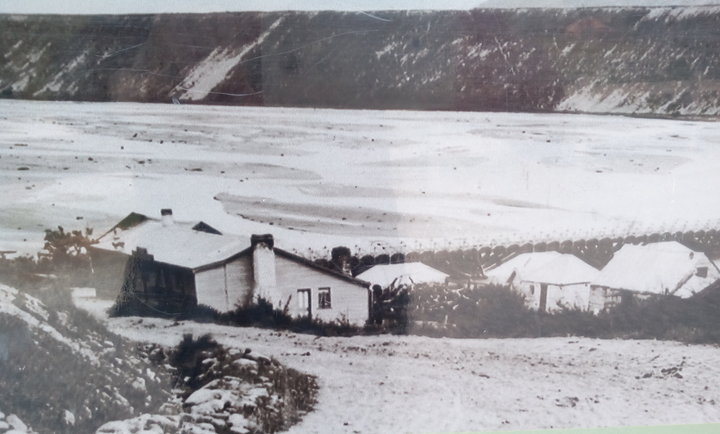 Another photo of the original bridge. During floods the bridge was unusable and in 1878 a flood washed a large part of the bridge away. 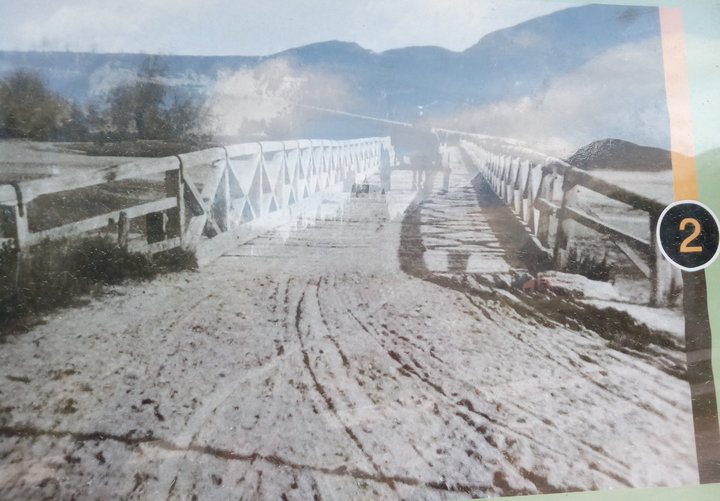 And before the bridges? When the gold rush started in 1862 punts and ferries provided a valuable service for miners. Five years later Cobb & Co were running their coaches from Cromwell to Queenstown and crossing the main river channel by ferry. Some coaches became trapped in other parts of the river or in quicksand. It was hoped a bridge would provide a solution.