The Old Shotover Bridge, Lower Shotover, Queenstown. With anticipation I climbed up to the level of the bridge deck. The scenery is lovely and autumn colours were already underway. I walked a short way along the bridge and took the first photo below, looking toward the Queenstown side. Later I took the second photo – looking back to where I’d come from. Photos taken 30 March 2018. This post continues yesterday’s post Shotover River Bridge(s), Queenstown 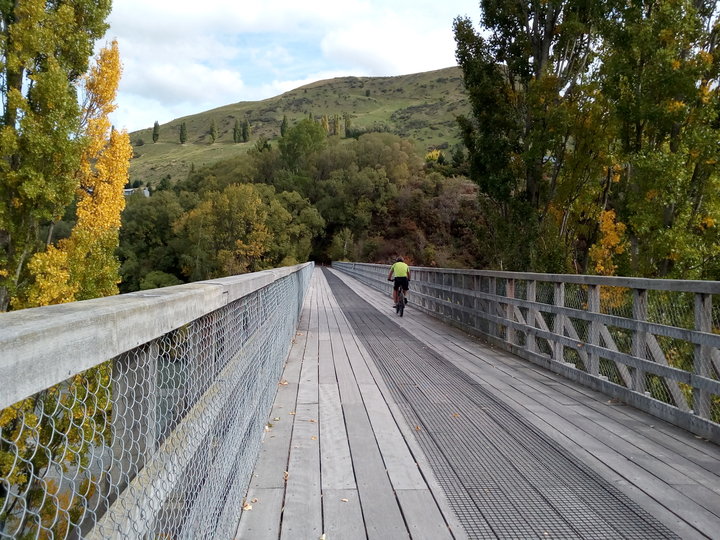 Jet boats sometimes whizz along the river with their tourist passengers. The first photo below shows a jet boat coming down from upstream of the bridge. The second shows the same boat as it speeds on its way down the river toward the modern bridge.

Another photo taken downstream toward the modern bridge but on a different angle. This shows the iconic mountain range called “The Remarkables” where there is a ski-field and its also a magnet for trampers (hikers), mountain climbers and sight-seers. The views from up there are magnificent! 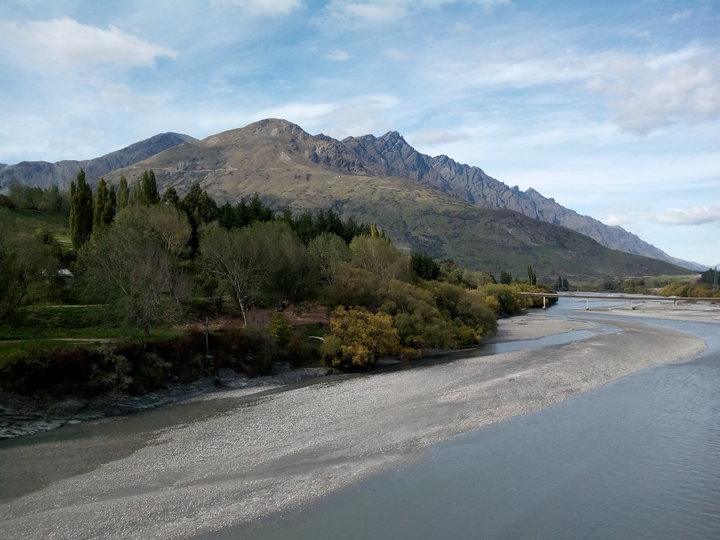 Just out of view in the photo above, to the left, is the Ferry Hotel that I mentioned in yesterday’s post. Here are a few photos of the Ferry Hotel. In each photo you can see part of The Remarkables in the background. 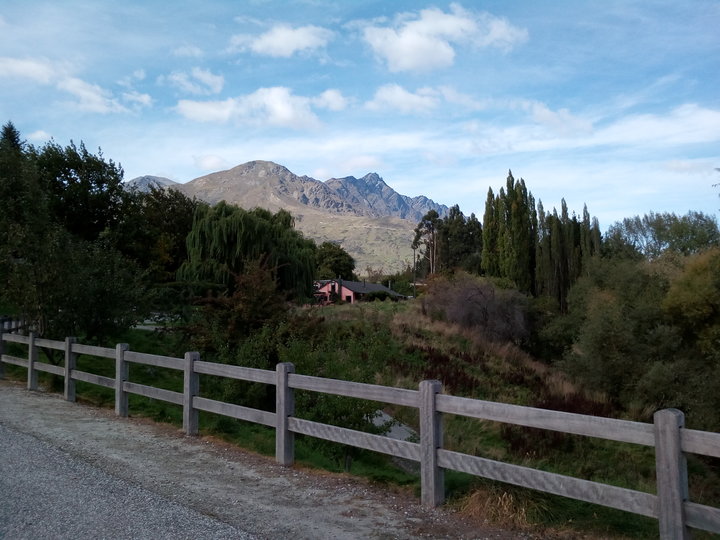 Here are a couple of historic photos that I’ve photographed from the display at the information kiosk. The first shows a horse team and wagons crossing the bridge circa 1915 and the second shows horses and wagons outside the Ferry Hotel. 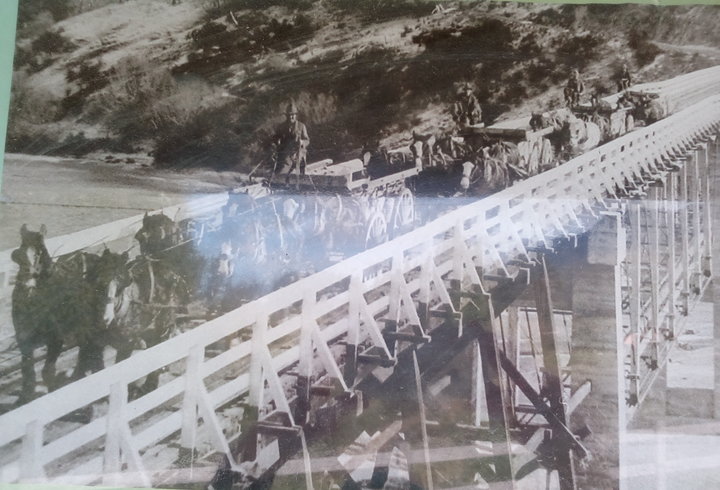 Tomorrow I’ll have more scenic photos taken from the old bridge including a few photos of the lovely poplar trees.