Fortunately I’d already asked Mark Berkery if I could choose five of his photos for another Five Eyes post because this morning my laptop bombed and my photos that I had ready for daily posts are irretrievable. No more posts about Dot’s castle and her gardens (for now anyway).

I started searching Mark’s blog – he has plenty of photos that fit with what I’m looking for and I noticed some engaging spider photos. Eventually I decided to go with just spiders for this post. Mike Powell had already suggested Jumping Spiders as an idea, which was interesting because I’d had that idea in my head too!

Click on any image to access Mark’s large-size version. Under each image is a link to the original blog-post in which the image appeared. 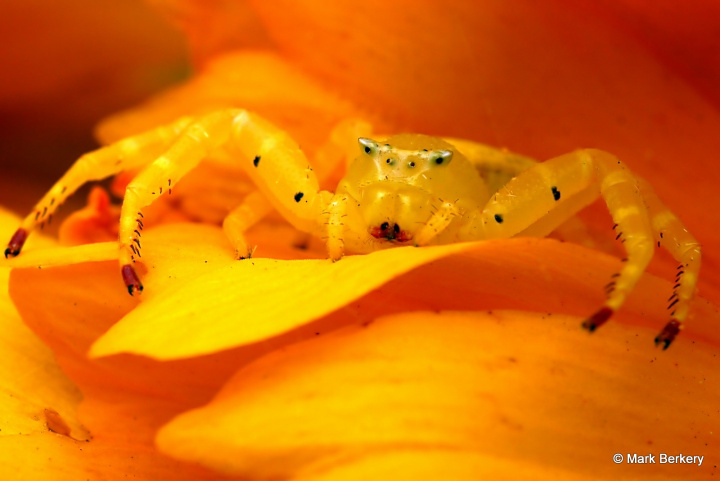 The eyes aren’t such a feature here but I couldn’t exclude such a beautiful spider! 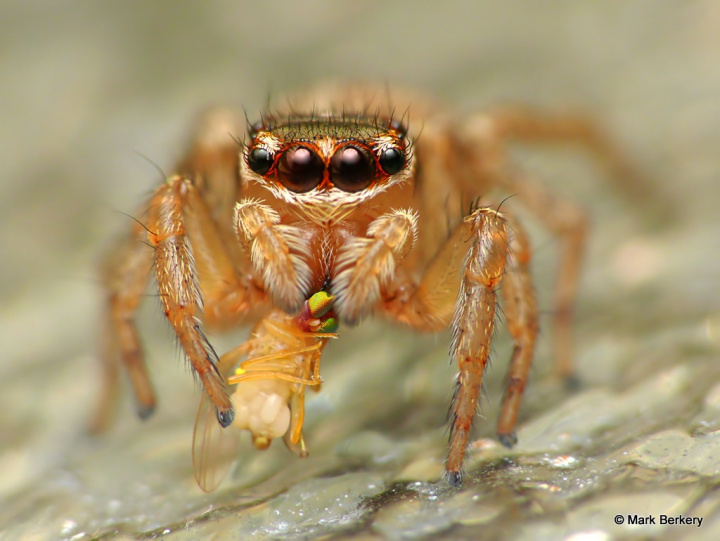 Posted by Exploring Colour (2017). All images taken by Mark Berkery.