Nigel pulled into the BP fuel station on the outskirts of Invercargill before we headed home yesterday and this eye-catching very green Holden ute was already parked on the forecourt. It turns out the proud owner of the vehicle is a champion table tennis player hence the number plate TT GIRL. She started playing table tennis 34 years ago at the age of 10. Shelley Neal was born in Auckland but moved to the small coal mining town of Ohai in Southland in 2006.

Shelley competed in the Australian Veterans Championships this year, and won seven titles in her age group at the national champs. Next year she’ll be competing in the World Veteran Championships in Bordeaux.

I could barely hear their conversation but overheard Nigel telling Shelley about my colour blog and being the good fellow he is, he took photos and got permission for me to post them on my blog – thanks Nigel!

Much of my info came from the New Zealand Women’s Weekly, 9 Dec 2019. Shelley’s a character so it’s a hard case read, available online at:  Spin Doctor: Shelley’s pingtastic obsession. 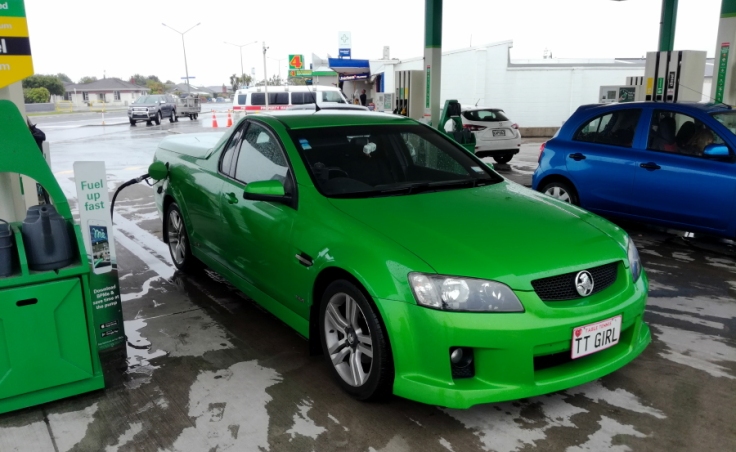