I recently posted a photo taken by Nigel of sheep by the Pomahaka River and I received a comment from Steve Schwartzman (Austin, Texas) saying:

From Wikipedia I learned the following about the Pomahaka River: “Major flooding of the Pomahaka in 1978 led to the relocation of the town of Kelso and caused damage severe enough to lead to the closure of the Tapanui Branch railway.”

The very same day that I received Steve’s comment, I suggested to Nigel that we drive out to Kelso in the late afternoon to get some photos. It was a beautiful afternoon for winter, nice and sunny.  It was on our way over that Nigel took the photo of sheep in long shadows.

Kelso was mentioned in a news article yesterday which I saw this morning, and it prompted me to start sharing our Kelso photos.

The article was about our first ever National Climate Change Risk Assessment (NCCRA) and here’s the brief Kelso mention – “…Kelso, an Otago town of 200 residents that had to be relocated throughout the region after severe floods in 1978 and 1980, as an example of what could be expected.

“The townspeople have held reunions but the social bonds within the community were ultimately broken,” the report notes.”

These are two photos taken by me – I posted them to Twitter this morning. I’ll be sharing more photos that we took during our visit (which was on 26 July about 5.30pm).

The first is a photo I took from the information board that’s on site where the town was, so it’s a photo of a photo! The second shows Nigel pointing to the 1980 flood level on the Kelso Flood Monument and the next level down is the 1978 flood level. Click on either photo to enlarge 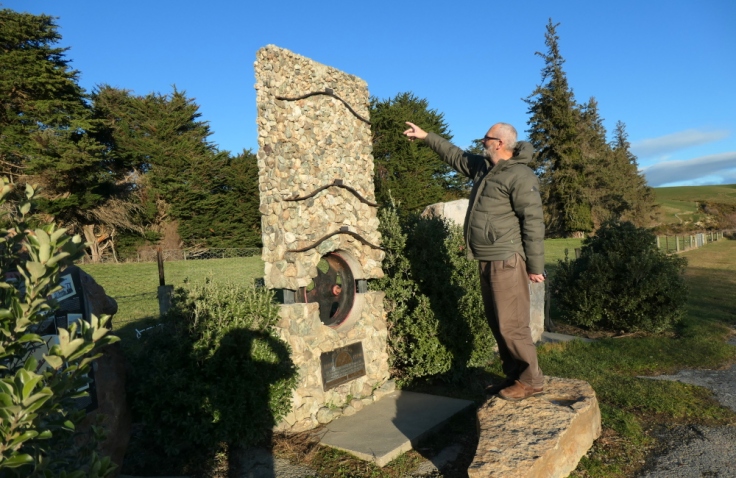 6 thoughts on “Kelso – the Town that Was”