We arrived in Dunedin on Thurs 25 June to attend Kay’s book launch and Nigel was getting car things attended to during the day so I was free to wander. It was a grey drizzly day, not pleasant. I left the motel to get some food but got distracted. First by the winter house in the botanic gardens where I took lots of photos. Then walking back to the motel I found this eye-catching combination of colourful graffiti and colourful native kōwhai in flower. These photos were taken with my cellphone (I hadn’t left the motel intending to take any photos at all).

Way below where I was standing on the footpath, a stream flows over a concrete channel. Not visually attractive but the scene caught my eye due to the colourful graffiti and kōwhai. Their combined colour brought a smile to my face and camera into action.

There are many forms of kōwhai, this is just one example. Sophora species. 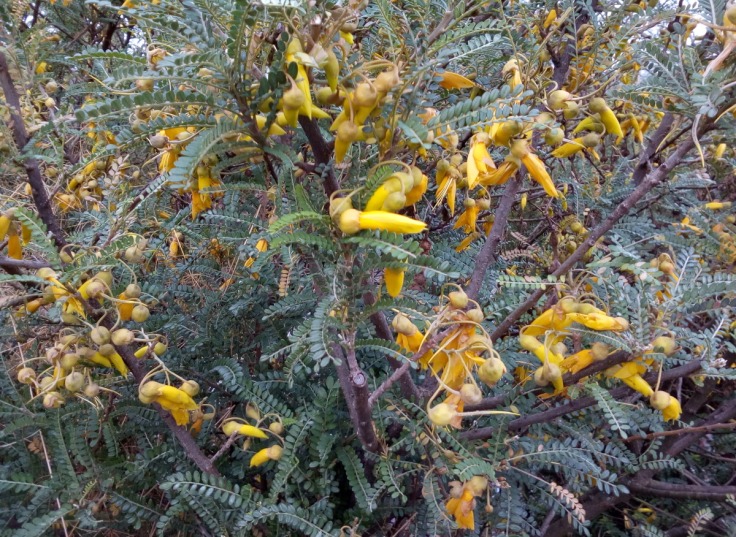 A beautiful sight on a chilly drizzly winter day. 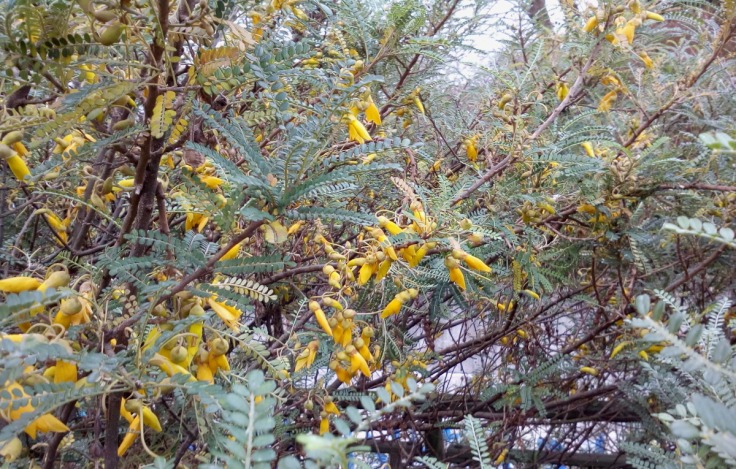 Another messy looking native, a lancewood, was standing sentinel nearby.

Then I noticed three New Zealand fantails swooping and diving as they do, fast and furious. Occasionally one would alight briefly on a rail near me and I just managed to catch this one. Endemic to NZ. Rhipidura fuliginosa or pīwakawaka.

Gary at krikitarts posted lovely fantail photos this morning at Flirting With a Fantail – go there if you’d like to see some decent shots!

11 thoughts on “Brightening a Dull Day”