Near to the Eucryphia cordifolia tree with its white blossom is a family-friendly cafe, a lovely old children’s fountain, and a children’s playground. I noticed that birds were hanging out at the old fountain so I quietly moved in with my cellphone and did the best I could getting photos (it was just after midday and very bright but I had to adjust for that in post-processing).

Note there’s a gull sitting atop the statue’s head !! The other birds are also gulls and a single duck was hanging around too. There’s small animal statues around the rim of the pool and much larger animal statues further back (big enough for big kids to climb on). 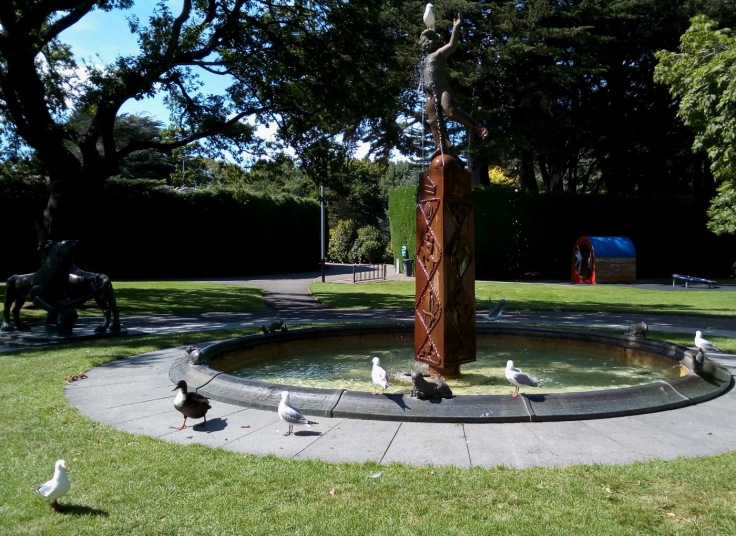 We both love this old fountain and statue and the surrounding statue animals.

I took some nice photos of the above fountain in 2018.

Another group of gulls I came across while wandering in the park.

I wandered along a shady path with pools and tried taking photos of water reflections (and also of some small birds but no success with them). I quite liked this though, cropped reflection: 1600px-wide click on photo to enlarge

14 thoughts on “Gulls In Queens Park”