Most people know of “kiwifruit” as we call them in New Zealand. You might call them “kiwis”. During my young childhood they were called “Chinese gooseberries”. I’ve just found that the name change occurred on 15 June 1959 (it evidently took a while to catch on with the general population as I was born a few years later).

They aren’t gooseberries. The plant isn’t from NZ. The seeds were brought to NZ in 1904 by the principal of Wanganui Girls’ College who had been visiting mission schools in China. For the record her name was Mary Isabel Fraser.  The article I got this info from is an interesting read (four paragraphs – not long).

I wish I could say I’d thought of the title for this post but that would be a fib. I told you I recently joined Twitter..

..this evening on Twitter I came across an awesome photo of the inside of a kiwifruit and the photographer called it  Kiwi supernova  .. how cool is that? 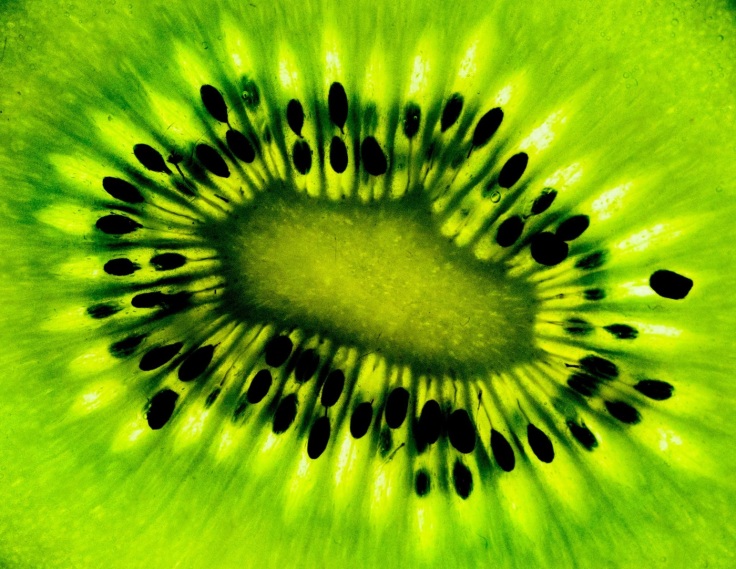