Four Square is an iconic brand in New Zealand, a national network of grocery stores easily recognised by the colourful number four and the “four square man” always on display. I was just reading at the  Four Square website  that “Four Square turns 95 in 2019 – having been founded in 1924”.

This afternoon we visited Faigan’s Cafe at Millers Flat and glancing at a display I noticed a mannequin with an unusual costume featuring the Four Square logo. Looking more closely I found the costume was made from plastic tags that secure bread bags!

Faigan’s Cafe used to be a community-owned Four Square store and in 2014 they’d entered this costume in a local Wearable Tartan Art competition. 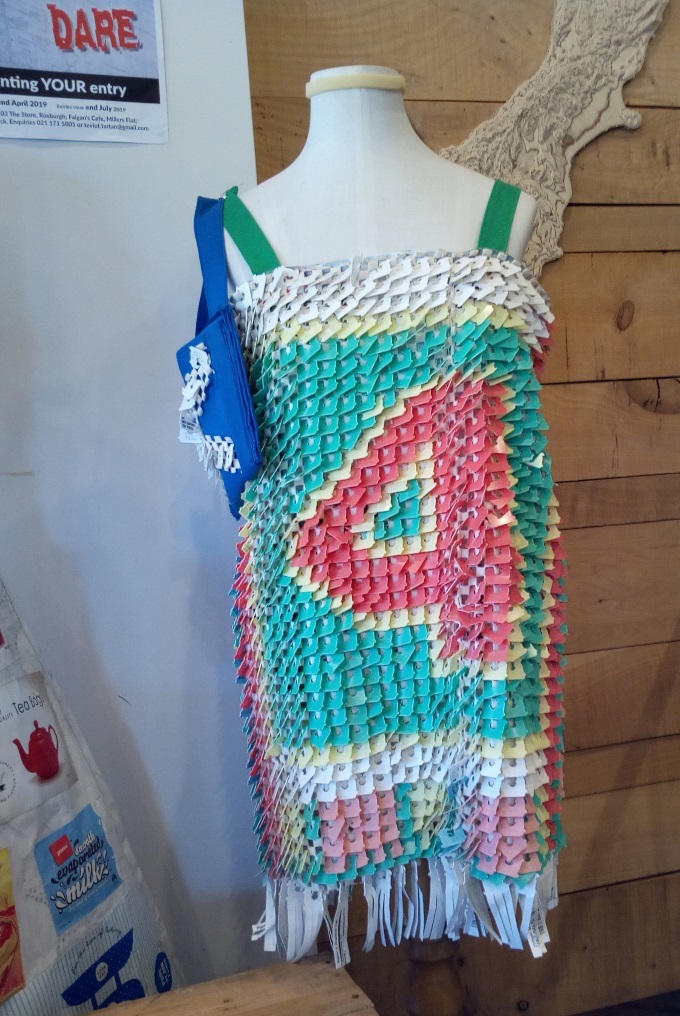 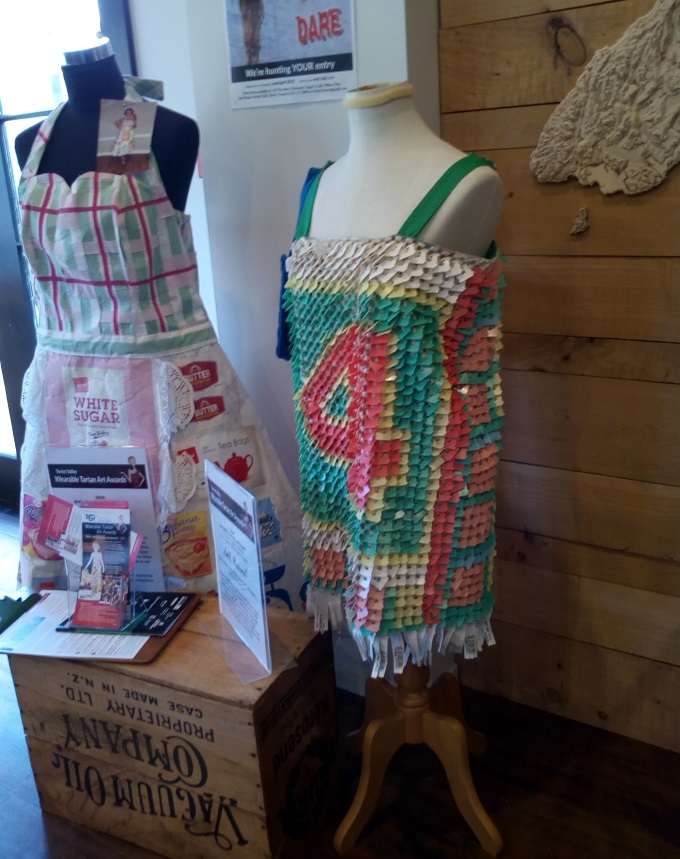 For those of you unfamiliar with the “Four Square man” (Charlie) here’s a photo that I took in Tapanui 18 March 2018 at the local Four Square store.