Some of you enjoyed my  See The Sea  post about a winter visit to a small cafe by the salt water pool at St Clair, Dunedin. We did a spur-of-the-moment trip to Dunedin yesterday and stayed overnight, then returned for a summer visit to the cafe this morning. I looked out the cafe window and saw a surfer lying on his board and paddling out to the surf. Then I spotted another surfer carefully picking his way along the rocks carrying his surfboard (in bare feet). He too launched into the sea and began making his way, surprisingly fast, out to the surf. That’s the context of these photos.

“(E)” before any photo means that you can click on the photo to enlarge – you’ll probably need to click again to get full-size.

(E)  The small figure of the first surfer making their way out to the surf. 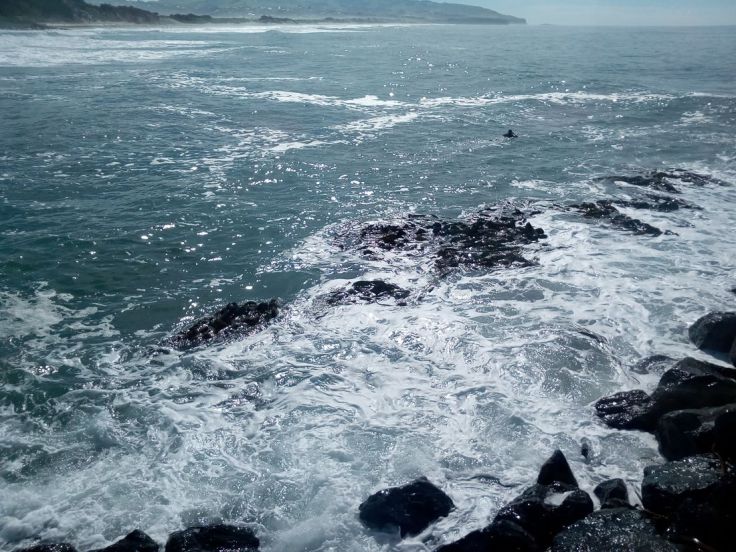 (E)  The second surfer clambering over the rocks with his board 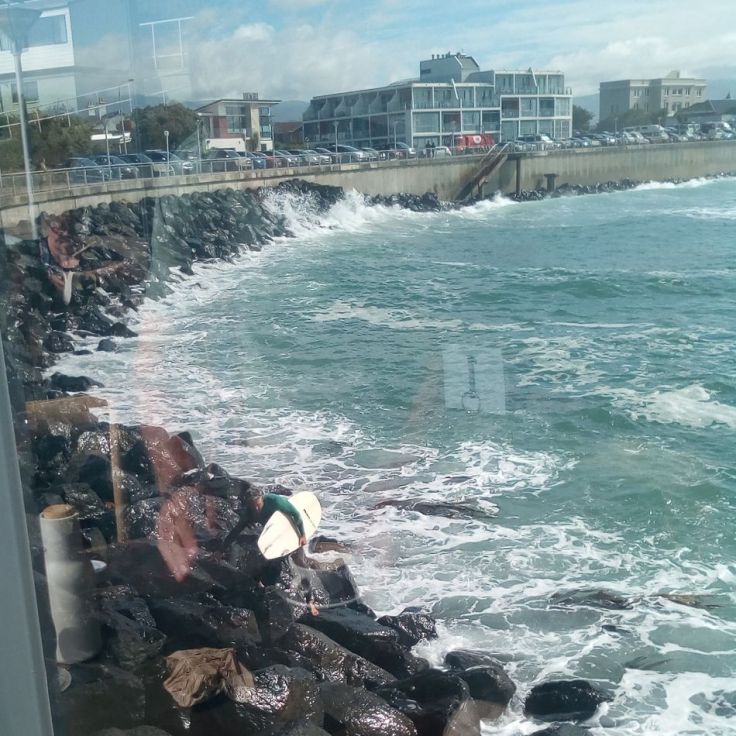 (E)  Second surfer paddling out to the surf 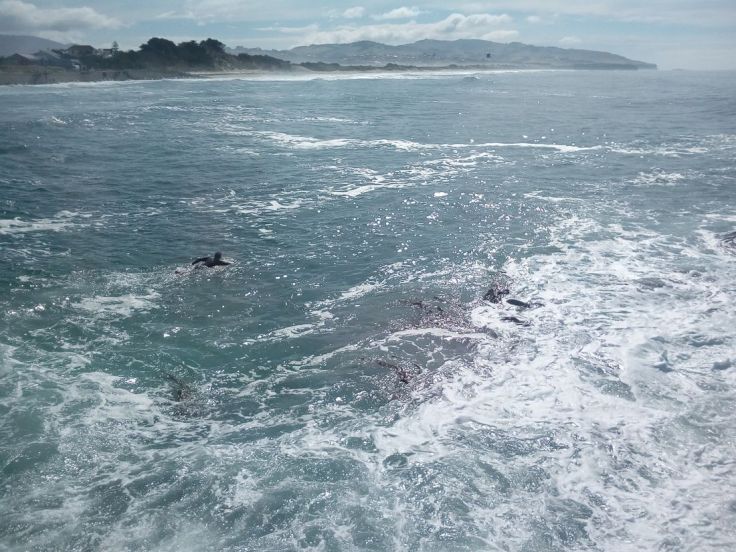 (E)  They’re heading out “there” – you can see one or two small surfer figures. To the right of the photo the salt water pool is just visible. 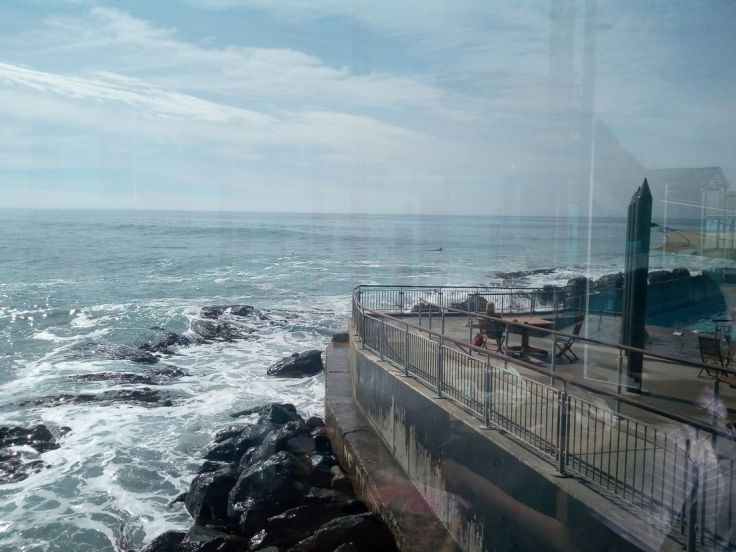 (E)  Looking back at St Clair I could see the swells moving in and the spray as waves broke against the sea wall. Nothing dramatic while I took my photo though. You can see the kelp swirling in the tide. 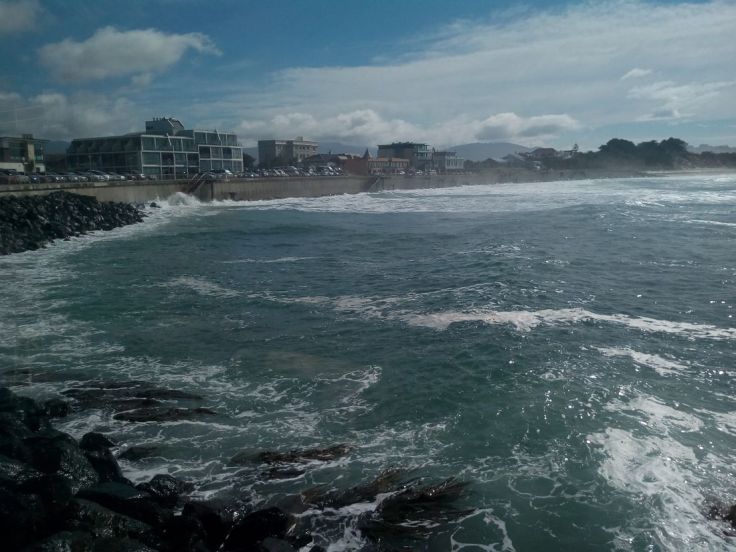 I was part way through eating my chocolate and ricotta cake when I noticed that it was as beautiful as it was delicious.. perhaps the nicest piece of cake I’ve ever eaten. 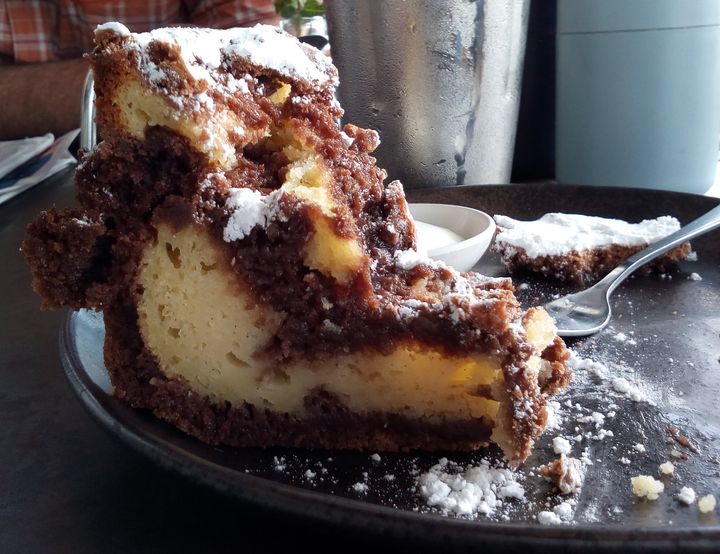 All the next photos are taken from the St Clair Esplanade 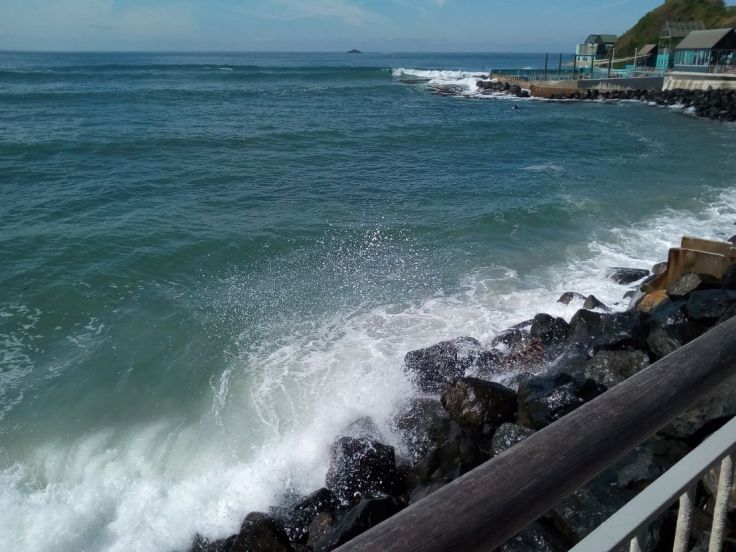 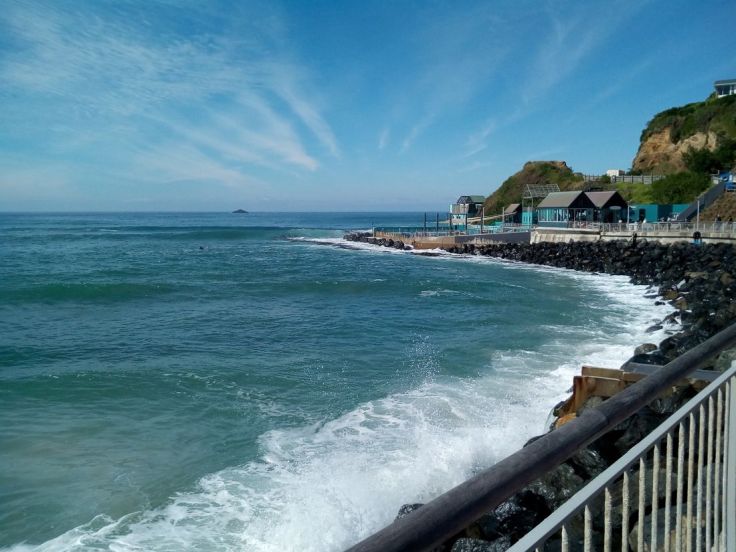 Also from St Clair Esplanade but taken by Nigel 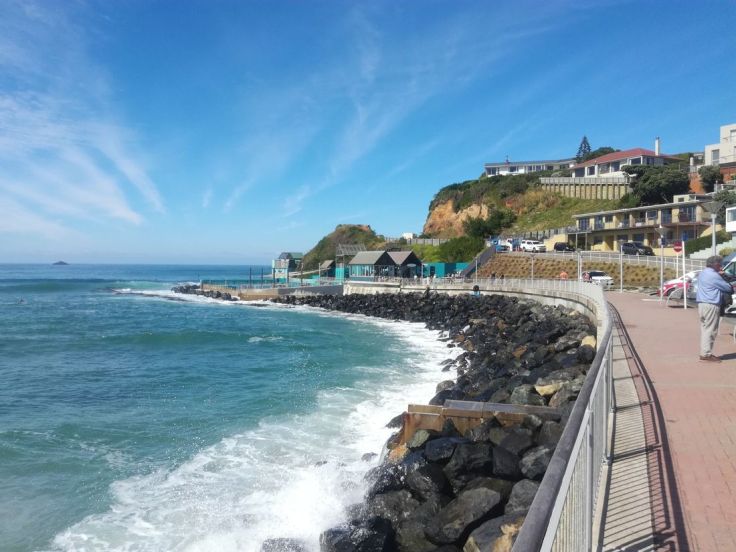 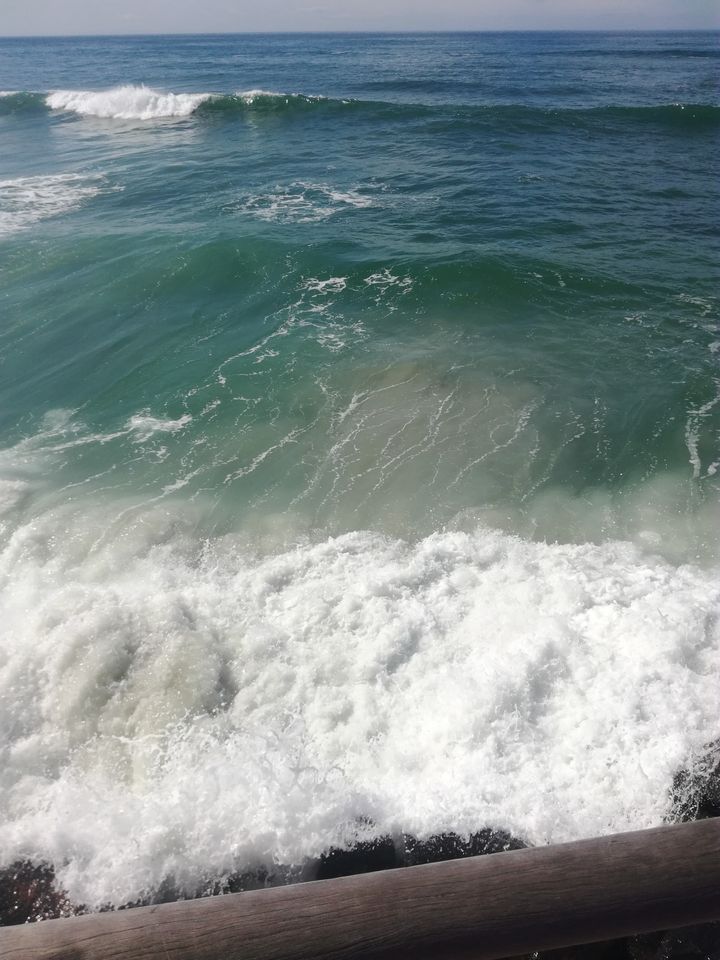 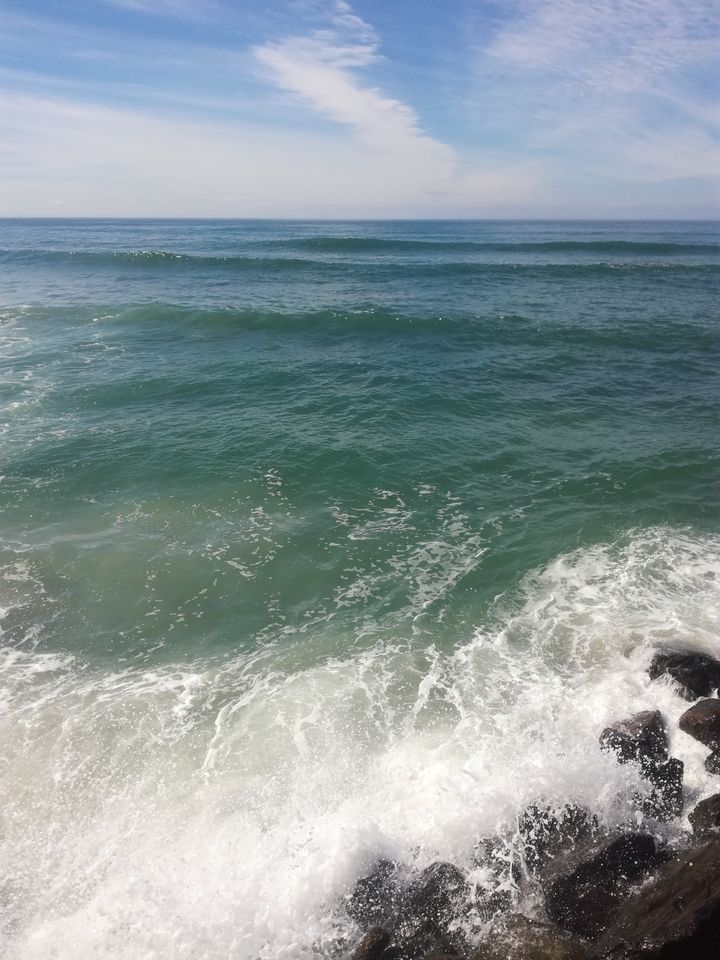 Text by Liz, photos by Liz and Nigel; Exploring Colour (2019)