Drink Lane’s Bottled Sunshine. This delightful old-fashioned milk bar is on a street in Gore and I’ve been wanting to visit ever since I spotted it in late December. Yesterday I got there during the day and took photos of the outside before venturing into the shop. I don’t remember seeing such an authentic old milk bar that’s still open to the public! 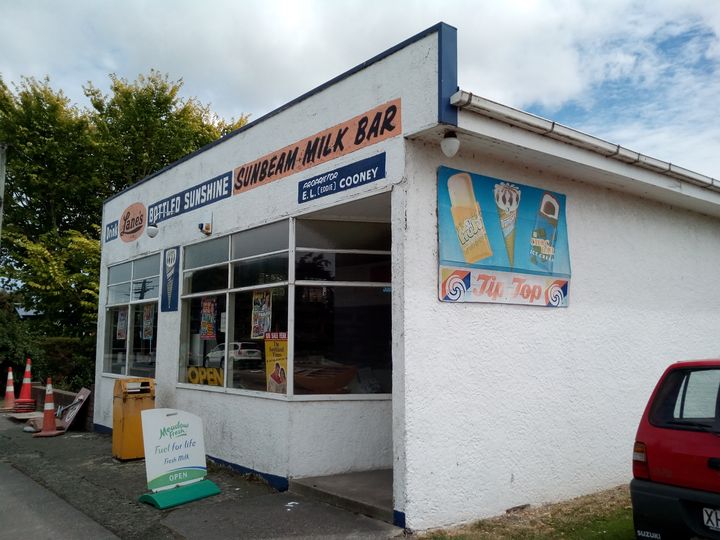 I bought some chocolate and met the owner Ted Cooney. 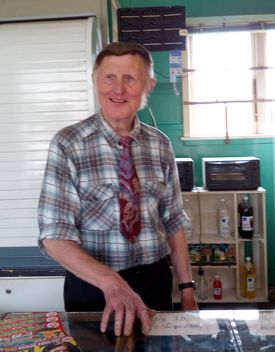 We chatted a wee bit and I found that his grandparents had come to New Zealand from Ireland. The inside was quite sparse and I didn’t take photos, it was the outside I’d really wanted to capture. It was a bonus that Ted kindly allowed me to take his photograph for my post.