Invercargill gets plenty of rain located as it is, way down the south end of the South Island of New Zealand… one of the streets in the city centre even has a prominent umbrella sculpture! In Queens Park yesterday I took photos of some water features. It seems fitting to post photos of water features from a rainy city, although yesterday was lovely and fine 🙂

Walking along the path by this pool I disturbed a mother duck with closely supervised group of bumblebee ducklings. She jumped up onto the edge and moved to another pool. The bumblebees had difficulty jumping onto the edge but eventually all the frantic little cuties managed to make the leap. 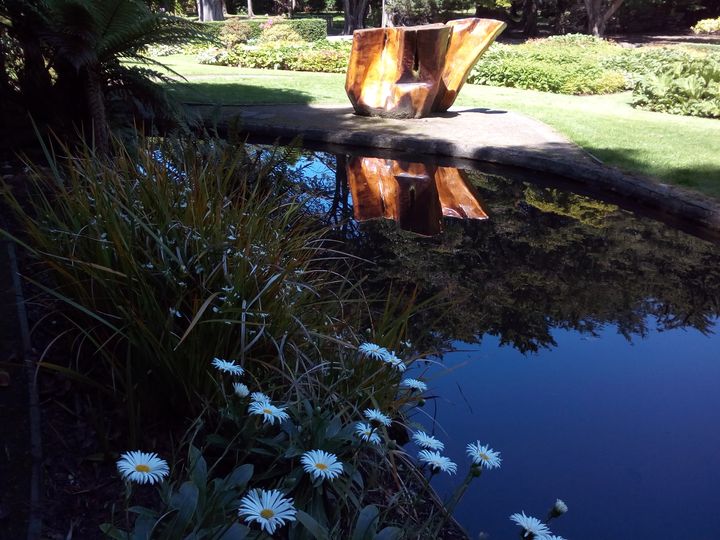 Between the children’s playground and the park cafe is this old-fashioned water feature for children. It still attracts families and the kids love the more accessible animal sculptures that are placed around the fountain. First is a shot I took from the playground side with the cafe in the background.

Between Queens Park carpark and the road is another area that I wandered through and I’ve included this shot because the tower in the far distance is Invercargill’s water tower, an iconic landmark.